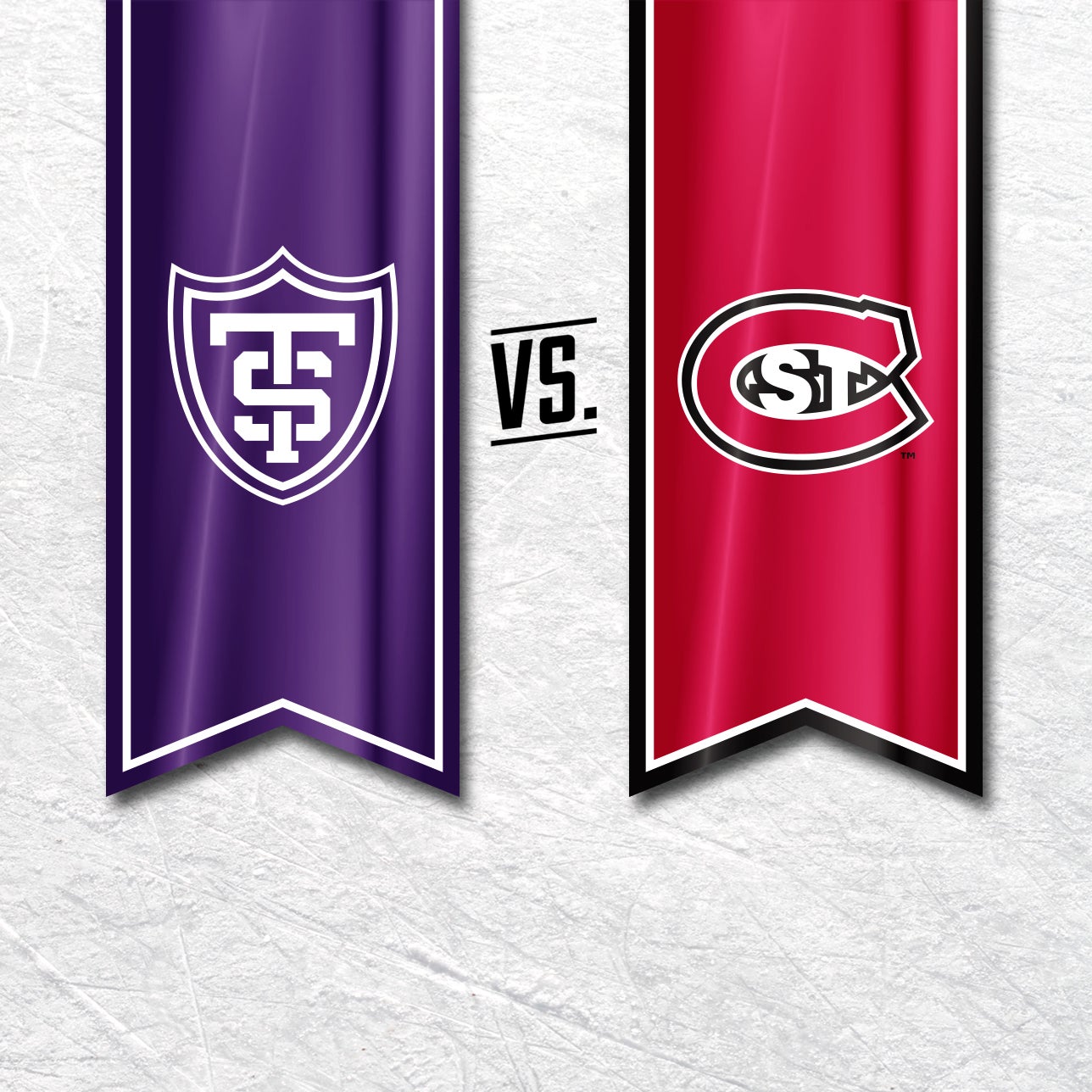 A festive game against a tough opponent set in a unique venue. That's the opportunity awaiting St. Thomas Men's Hockey on Sunday Oct. 3 when it plays its first home contest of its NCAA Division I era.

The Tommies' non-conference clash with St. Cloud State will be played at Xcel Energy Center in downtown St. Paul with a 5 p.m. puck drop.

St. Cloud State was the NCAA runner-up last season as it won six of its last eight games to post a final record of 20-11. The Huskies also play the Tommies on Saturday Oct. 2 at the Herb Brooks National Hockey Center in St. Cloud -- St. Thomas' first game in D-I men's hockey.

Blasi and his Tommie coaching staff went to work this spring and built a 27-player roster for 2021-22, including 16 newcomers. Those additions join a group of 11 returners that helped St. Thomas post a 6-1-2 record during a Covid-shortened season of 2020-21.

Nearly half of Blasi's first Tommie roster has previous experience in D-I programs, and virtually all of them previously competed at a high level of Juniors hockey.

Please check your route and plan additional travel time as several exits and roads are closed near Xcel Energy Center.