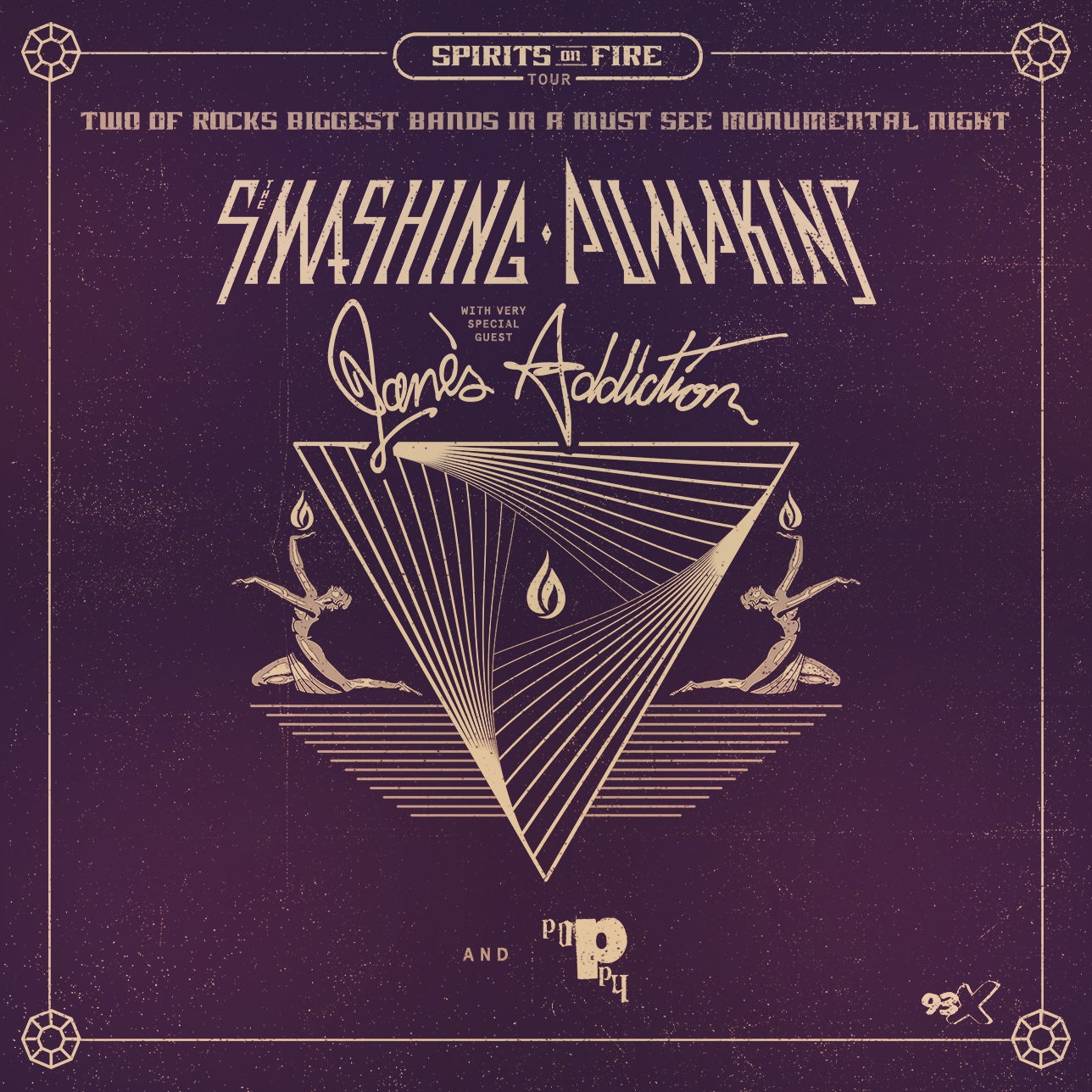 The Smashing Pumpkins have announced their North American arena tour with special guest Jane’s Addiction. When The Smashing Pumpkins first emerged out of Chicago in 1988, the world had never heard a band quite like them. They spun together rock, pop, shoe-gaze, metal, goth, psychedelia, and electronic into a kaleidoscope of saccharine melodies, fuzzy distortion, bombastic orchestration, incendiary fretwork, eloquent songcraft, and unshakable hooks.

Upon their formation, their sound was different, iconoclastic, and wholly new—and it still is today. As a result, they’ve sold over 30 million albums worldwide and collected two GRAMMY® Awards, two MTV VMAs, and an American Music Award. Their catalog is highlighted by the platinum Gish [1991], the quadruple-platinum Siamese Dream [1993], diamond-certified Mellon Collie and the Infinite Sadness [1995], platinum Adore [1998], and gold Machina/The Machines of God [2000].

In 2018, they embarked on one of their most successful tours ever, the Shiny and Oh So Bright Tour, followed by SHINY AND OH SO BRIGHT, VOL. 1 / LP: NO PAST. NO FUTURE. NO SUN. Meanwhile, 2020 saw the release of the band’s eleventh full-length and latest double album, CYR. As prolific as ever, The Smashing Pumpkins confirmed they will release more music in 2022 as they resume touring.

The Michelob Golden Light Taphouse is located at section 120 (gate 4) and opens at 5:30 p.m. The sports-themed restaurant features signature specialty wings, sandwiches and shareables, plus a full service bar.