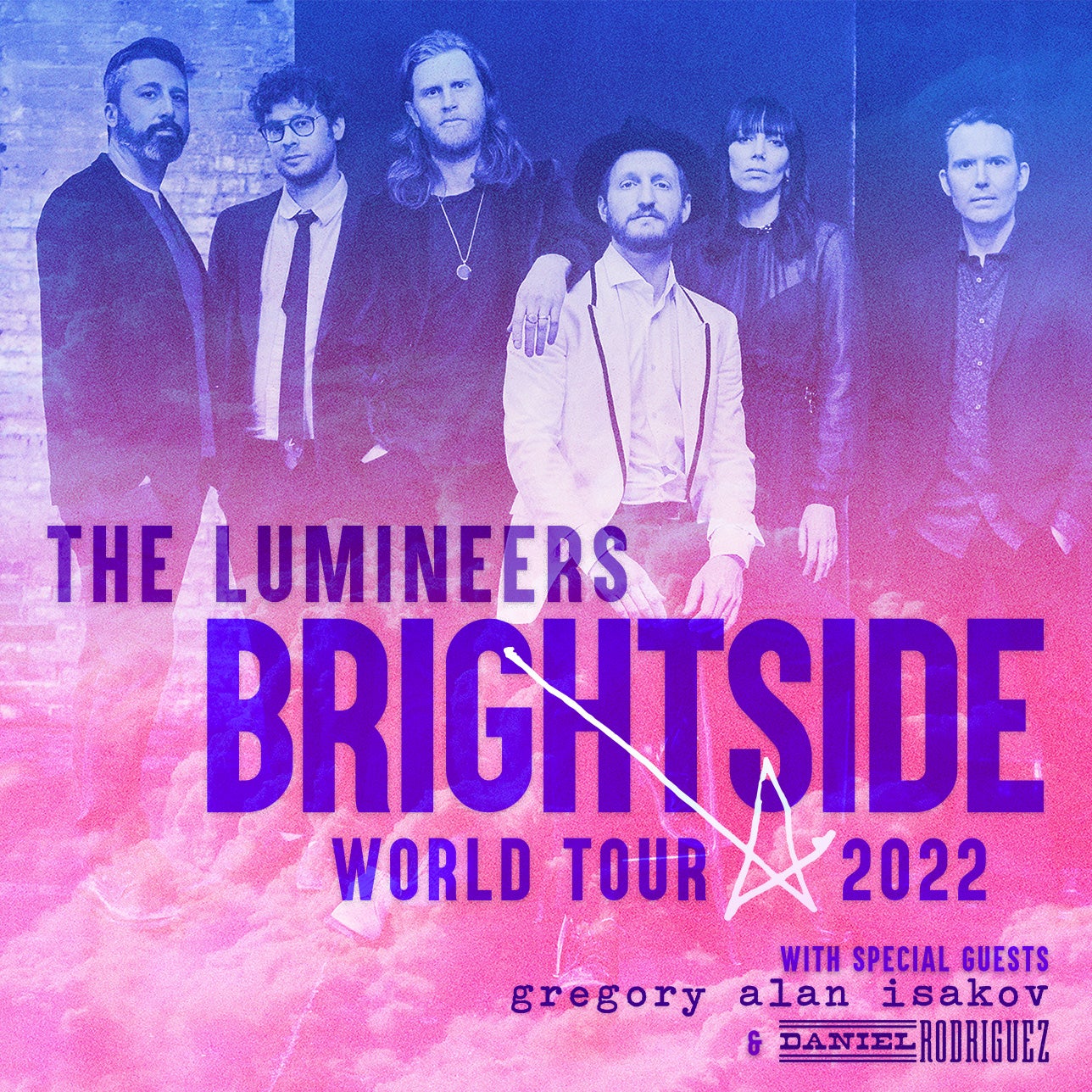 The Lumineers BRIGHTSIDE World Tour 2022 has announced North American dates. The shows begin May 18 at Jacksonville, FL’s Daily’s Place and then continue through early September. Special guests at Xcel Energy Center on Friday, August 12 will be Gregory Alan Isakov and Daniel Rodriguez.

After successfully creating the world’s first major climate positive tour in 2020, The Lumineers are proud to continue their partnership with environmental non-profit REVERB.org on this year’s tour.

Rescheduled dates from the 2020 tour will honor previously purchased tickets.

The BRIGHTSIDE World Tour celebrates the recent arrival of the Lumineers’ eagerly anticipated new album, BRIGHTSIDE, available now. The 2x GRAMMY® Award-nominated band’s fourth studio album, BRIGHTSIDE, includes such new favorites as "A.M. RADIO," "BIG SHOT," "WHERE WE ARE," and the chart-topping first single and title track, "BRIGHTSIDE," all joined by official music videos streaming now at YouTube. "BRIGHTSIDE" recently made history by ascending to #1 on Billboard’s "Alternative National Airplay" and "Adult Alternative Airplay" charts – the band’s sixth time atop the latter ranking in less than 10 years. The Lumineers now boast the most #1 singles among all acts on that chart in the span since achieving their first AAA chart-topper in 2012.

The Lumineers’ most joyous and spontaneous piece of work thus far, BRIGHTSIDE has been met by immediate critical applause around the world.