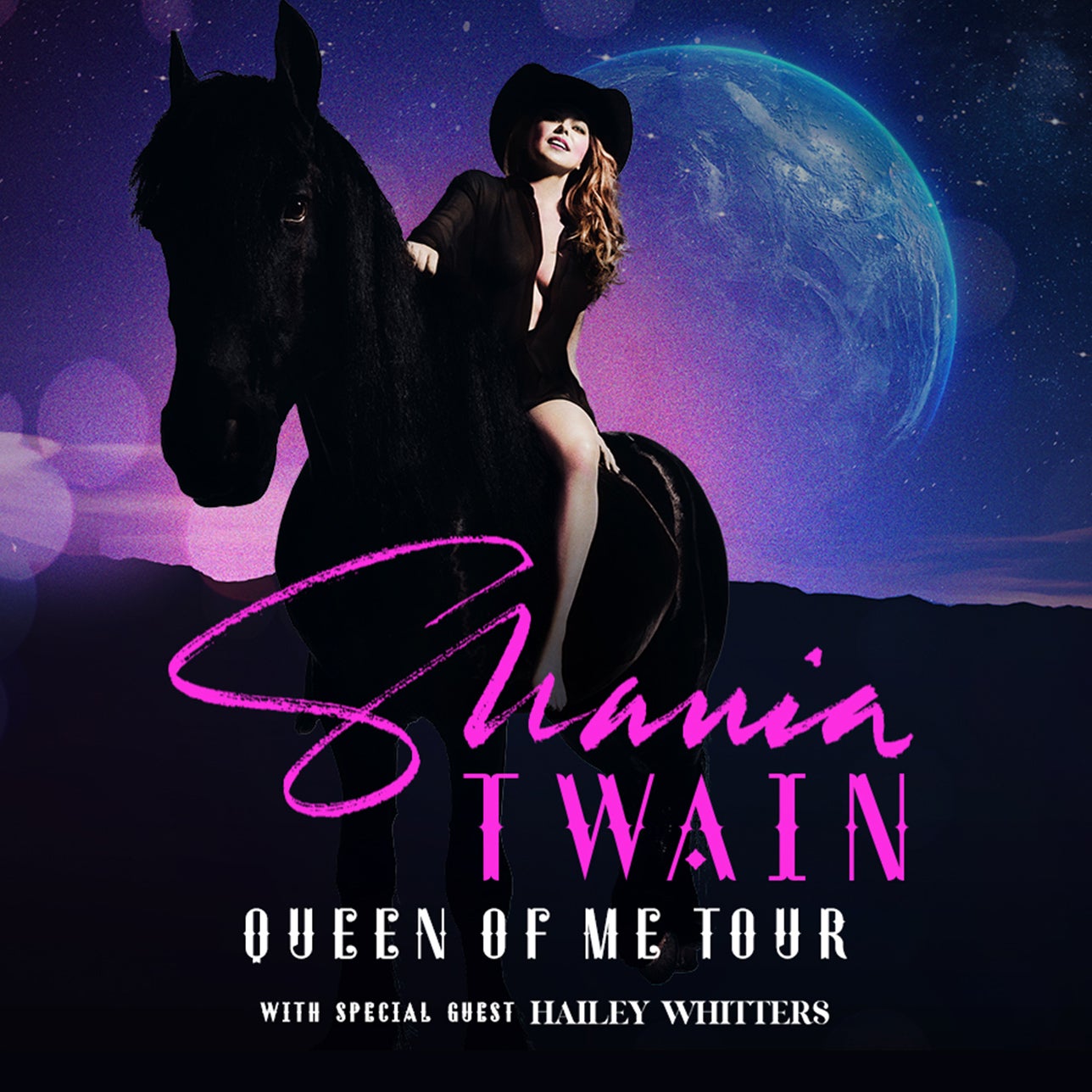 Gearing up for another monumental chapter, five-time GRAMMY® Award-winning legend and the best-selling female artist in country music history Shania Twain will release her new album, Queen of Me, on February 3, 2023. It notably stands out as her sixth original full-length offering and first record since 2017.

To celebrate this next era in style, she will also embark on a global 49-date Queen of Me Tour. The tour marks the first time fans around the world will get to see the queen in all of her glory in nearly five years, following a highly successful Vegas residency run.

She made a grand return with her latest single “Waking Up Dreaming," which marked her first release in five years since 2017’s critically acclaimed, Now, which bowed at #1 on the Billboard Top 200 and #1 on the Top Country Albums Chart upon arrival.

It also arrives on the heels of her blockbuster career-spanning documentary Not Just A Girl—streaming on Netflix now. To accompany the film, she also presented the compilation album Not Just A Girl (The Highlights) available HERE.

And in other news, this once-in-a-generation Renaissance Woman joins the star-studded cast of Beauty and the Beast: A 30th Celebration in the role of Mrs. Potts, premiering on ABC December 15 and streaming on Disney+ as of December 16.