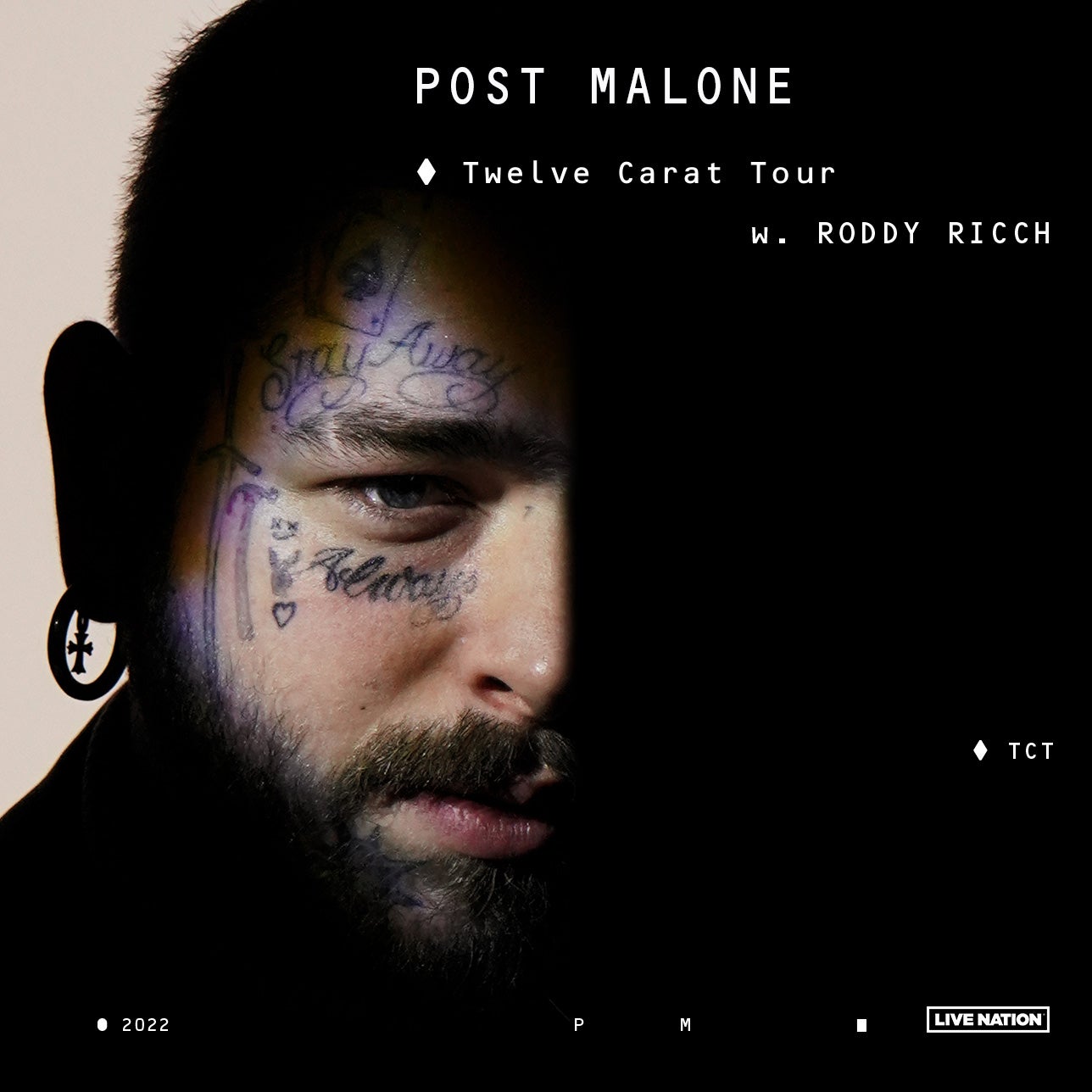 Post recently released his anxiously awaited fourth full-length and one of the most anticipated albums of 2022, Twelve Carat Toothache. In addition to massive anthems "Cooped Up" [with Roddy Ricch] and "One Right Now" [with The Weeknd], the record boasts appearances from an all-star cast of guests, including Doja Cat, Fleet Foxes, Gunna, and The Kid LAROI. Musically, Post collaborated with longtime cohorts such as producers and co-writers Louis Bell, Billy Walsh and Andrew Watt, as well as Omer Fedi and more.