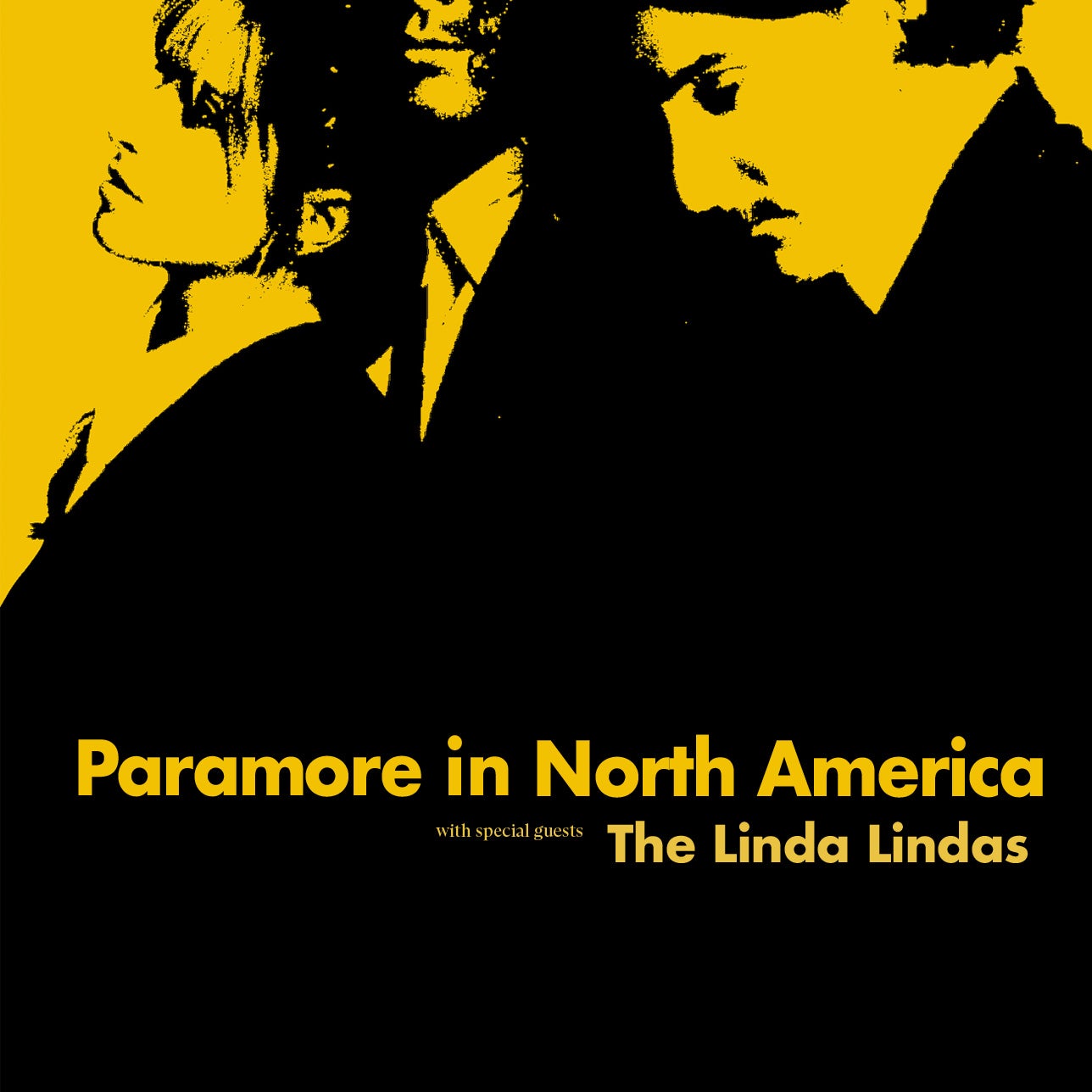 Paramore has announced a huge North America tour for 2023 - taking place in 26 cities and wrapping up in St. Paul, MN at Xcel Energy Center on August 2.

A portion of ticket sales for all North American shows will be donated to Support + Feed and REVERB.

The announcement comes fresh off the heels of their limited U.S. theater performances along with joyful festival appearances at Austin City Limits, When We Were Young and an impressive TV debut of current hit single "This Is Why" on The Tonight Show Starring Jimmy Fallon. Watch here.

Paramore’s hotly anticipated sixth studio album This Is Why will be released via Atlantic Records on February 10, 2023.

When Paramore revealed they were recording together in January 2022 the response from music fans around the world was immediate and celebratory. In the time since the Grammy-winning, RIAA-certified multi-Platinum band released their last album, After Laughter  - and Hayley Williams unveiled two lauded solo albums - Paramore have become more popular than ever.

Over the last few years Paramore’s influence and popularity has snowballed, as the age of streaming organically propelled them into a position as one of the world’s biggest, most culturally compelling rock bands. For the band, who formed as teenagers in Tennessee, their 20 year trajectory has seen them grow from youthful outsiders to bone-fide pop culture icons, permeating the musical landscape by inspiring a new generation of musical talent.