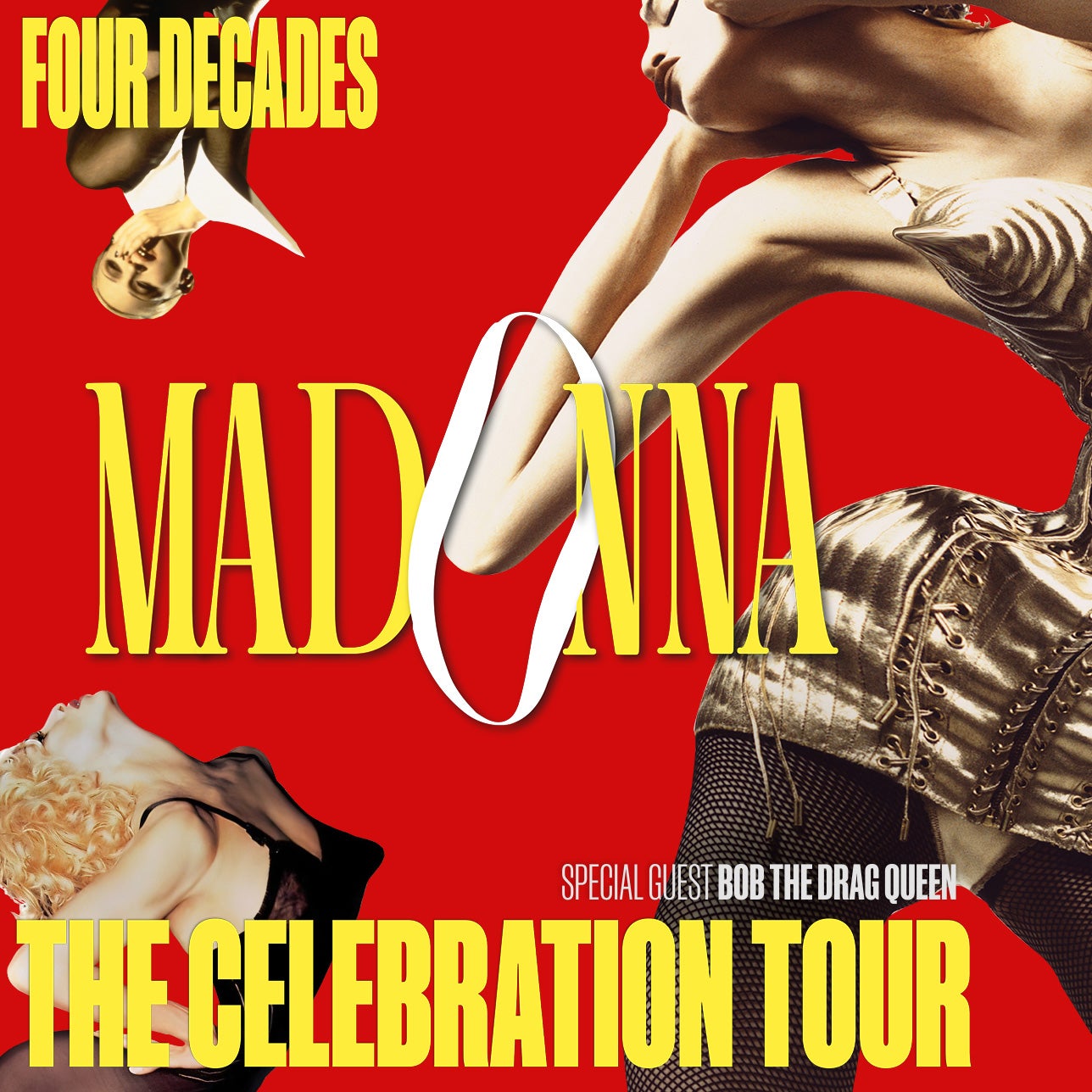 Madonna has announced Madonna: The Celebration Tour in an iconic viral video with a wink to her groundbreaking film Truth or Dare. The video features notable names such as Diplo, Judd Apatow, Jack Black, Lil Wayne, Bob The Drag Queen, Kate Berlant, Larry Owens, Meg Stalter, Eric Andre and culminates with Amy Schumer daring the global superstar to go on tour and perform her four decades of mega hits. Madonna, the best-selling female solo touring artist of all time, rises to the challenge announcing The Celebration Tour which will be highlighting her unmatched catalog of music from the past 40 plus years.

The Celebration Tour will take us on Madonna’s artistic journey through four decades and pays respect to the city of New York where her career in music began. "I am excited to explore as many songs as possible in hopes to give my fans the show they have been waiting for," states Madonna.

The Celebration Tour will offer a one-of-a-kind experience with special guest Bob The Drag Queen a.k.a. Caldwell Tidicue across all dates on the global tour.