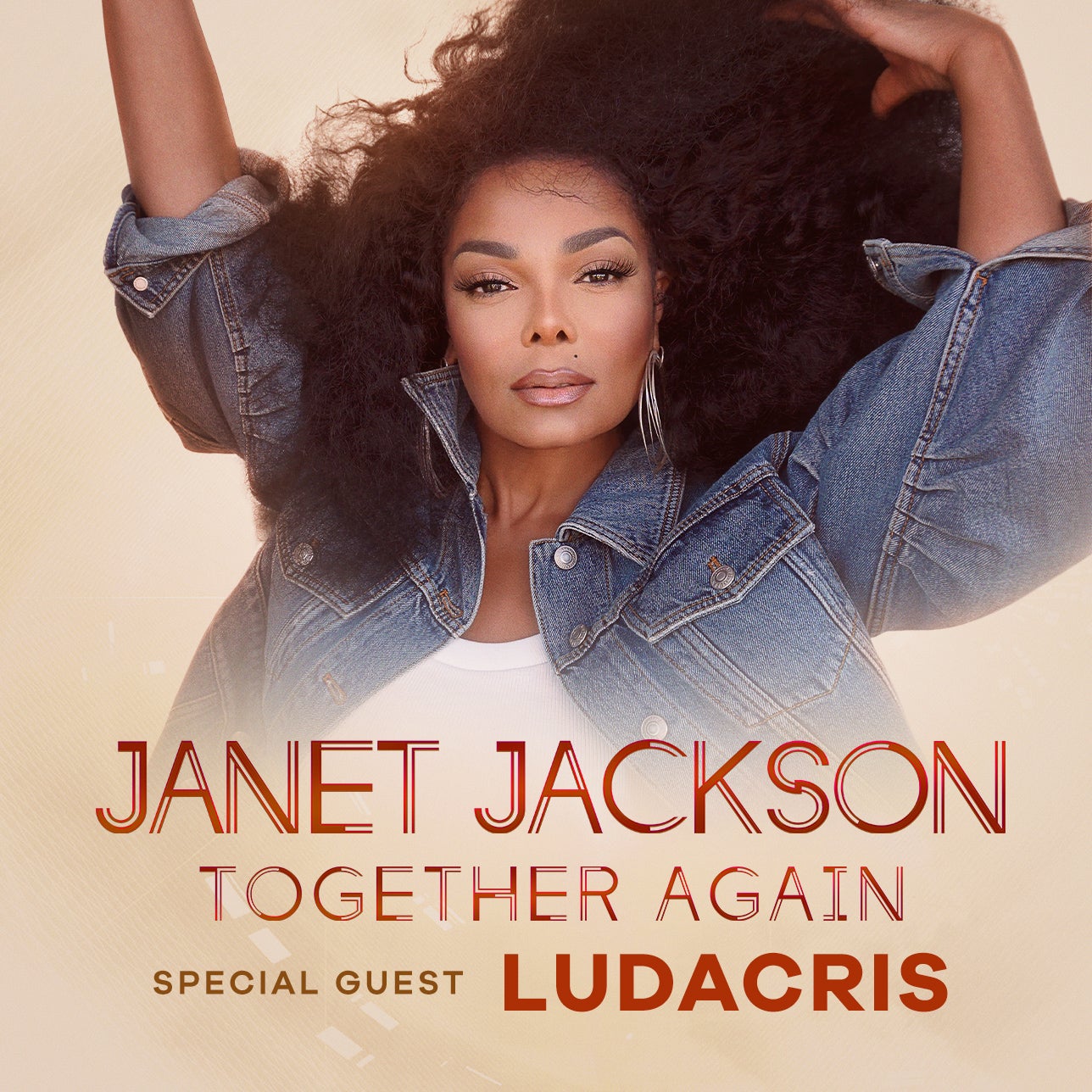 Ms. Jackson is back and coming to a city near you! The five-time GRAMMY®️ Award-winning Rock and Roll Hall of Fame®️ Inductee Janet Jackson has announced her highly anticipated return to the road after four years with her ninth concert tour, “Together Again.” 3x-Grammy Award winning recording artist and Fast and Furious actor Ludacris will join Jackson on tour across all dates as a special guest.

The “Together Again” Tour will offer everyone the long-awaited chance to reunite with Ms. Jackson in celebration of her 50th anniversary in entertainment and spotlight the milestones for two of Jackson’s most critically acclaimed albums — 25 years of The Velvet Rope and 30 years of janet — featuring her biggest chart-topping hits, plus new music.