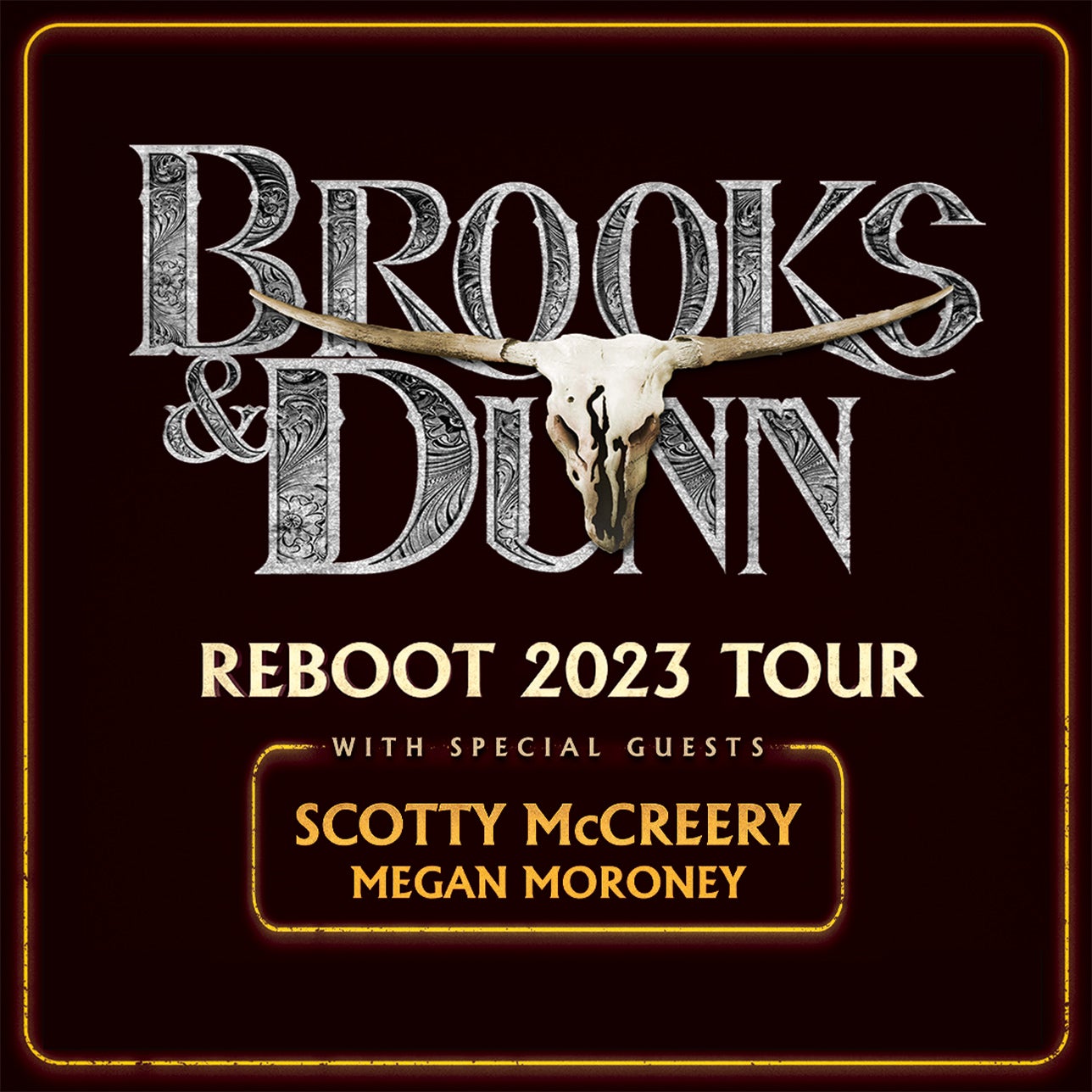 The best-selling duo of all time, Brooks & Dunn, have announced their 2023 return to arenas with the REBOOT 2023 TOUR. Seventeen new cities will now experience their show featuring multiple timeless hits. The tour will see the duo on the road with openers Scotty McCreery and Megan Moroney.

With 20 No. 1 hits stretching back to 1991, two GRAMMY awards, dozens of ACM and CMA honors and a discography counting more album sales than any duo in history – regardless of genre – Brooks & Dunn’s influence on today’s country has never been in question. Hits like “Boot Scootin’ Boogie,” “My Maria” and “Believe” have propelled the duo to more than 30 million albums sold. The duo’s recently released collaboration project REBOOT debuted at No. One on Billboard’s Top Country Albums. The impressive feat marks the first time the duo has topped the album charts since 2009 while simultaneously earning the duo their 10th Billboard 200 Top 10 album, the most of any country duo or group in the chart’s history. In 2019 the duo was inducted into the Country Music Hall of Fame in the “Modern Era Artist” category.

After achieving five consecutive No. 1 hits during the last few years, Scotty McCreery is currently rising up the country charts with his single “It Matters to Her,” which he wrote with Rhett Akins and Lee Thomas Miller. The song can be found on his current project Same Truck: The Deluxe Album, which also features his three week No.1 hit “Damn Strait” as well as his No. 1 hit “You Time” (both RIAA Gold-certified).