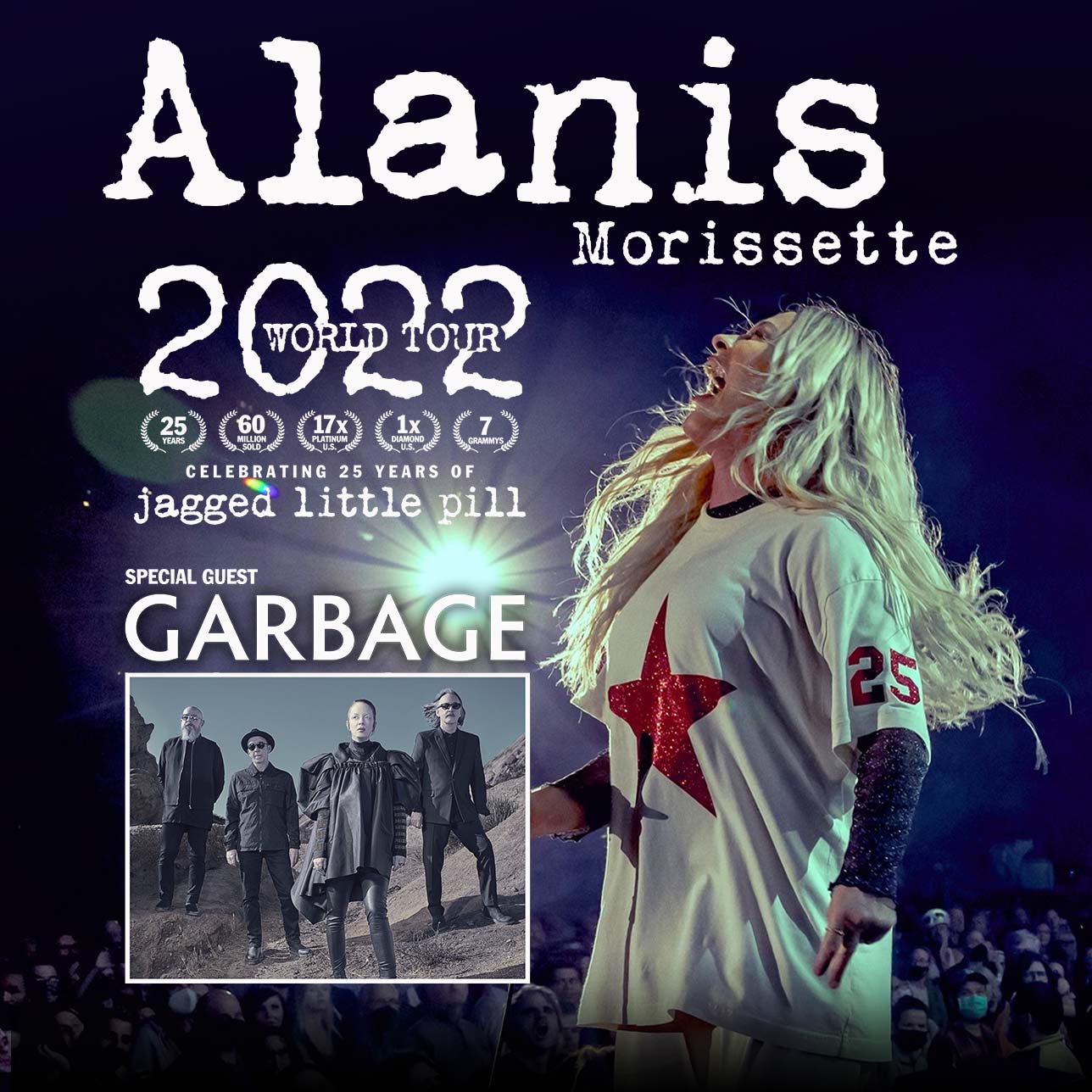 Since 1995, Alanis Morissette has been one of the most influential singer-songwriter-musicians in contemporary music. Her deeply expressive music and performances have earned vast critical praise and seven GRAMMY® awards. Morissette’s 1995 debut, JAGGED LITTLE PILL, was followed by nine more eclectic and acclaimed albums. She has contributed musically to theatrical releases and has acted on the big and small screen. In July of 2020, Alanis released her ninth studio album, Such Pretty Forks In The Road, to rave reviews.

Garbage have been together as a band for over 25 years, with more than 17 million albums under their belt, multiple GRAMMY® nominations and a James Bond theme song for the film "The World is Not Enough." The band’s latest, ferocious new album No Gods No Masters is an ambitious, indignant record. Garbage remain one of the most influential bands in alternative rock and one of the most respected live bands of their generation.

The Reserve, our upscale lounge on the Bremer Bank Suite Level boasts an eclectic, chef-driven menu and an array of cocktail options. This lounge is open to all guests with suite level tickets or reservations. Make a reservation.

Guests with floor tickets must enter at Gate 1 or Gate 3.