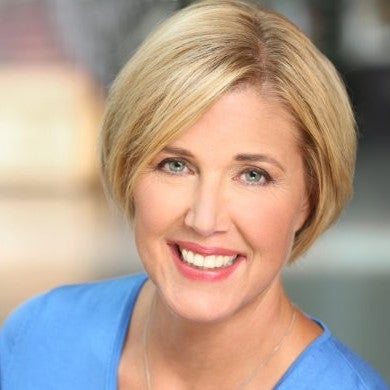 Minnesota Sports & Entertainment (MSE), the parent company of the Minnesota Wild and Saint Paul Arena Company which operates Xcel Energy Center, Saint Paul RiverCentre and Roy Wilkins Auditorium, announced today that Xcel Energy Center Director of Sales & Marketing Kelly McGrath has been named a 2019 Women of Inspiration Award Winner by the Twin Cities chapter of Women in Sports and Events (WISE). The Women of Inspiration Awards recognize women leaders in the business of sports and events who serve as role models and mentors for other women in the Twin Cities community. McGrath is being honored as this year's Woman in Business.

"Everyone in our organization is thrilled to see Kelly honored for her achievements," said MSE's leader and Minnesota Wild owner Craig Leipold. "She inspires, motivates and respects those she's been called to lead by creating an environment where creativity is encouraged and each individual is empowered to make an impact."

McGrath, who began her career with MSE over 19 years ago and oversees a team of mostly women, has been instrumental in the sales, marketing and publicity for several national and international events including:

Her leadership role in producing these world-renowned events has helped put a spotlight not only on the city of Saint Paul, but on the state and region as a whole.

The winners will be honored today at the Women of Inspiration luncheon, hosted by Paul Allen (Sports Commentator and Voice of the Minnesota Vikings) and featuring Courtney Cronin (NFL Nation Reporter - Minnesota Vikings) as the Keynote Speaker, at A'BULAE in Saint Paul.

WISE Chapter President Tami Hedrick said, "This event gives us the opportunity to honor and recognize women that exemplify the spirit of WISE through the positive work and impact they are making as women in sports and events. Congratulations to all of the honorees!"

Other 2019 Women of Inspiration Award Winners include:

This is the second annual luncheon for the WISE Twin Cities Chapter. The 2018 Women of Inspiration winners were Lindsay Whalen(Minnesota Lynx), Amy Anthony(Minnesota Vikings), Kara Kawakami(Minnesota United FC) and the Minnesota Whitecaps.

About Women in Sports and Events Twin Cities:

Founded in 2017, WISE Twin Cities carries out the WISE mission by facilitating meaningful connections among local industry professionals and offering programming, events and valuable networking opportunities in the area throughout the year. Their signature programs include WISE Power Play, Women of Inspiration, and Speed Mentoring Roundtables. They partner closely with WISE National to deliver industry wide thought leadership and sports and events industry connections beyond Minnesota and regional borders. For more information visit: twincities.wiseworks.org.