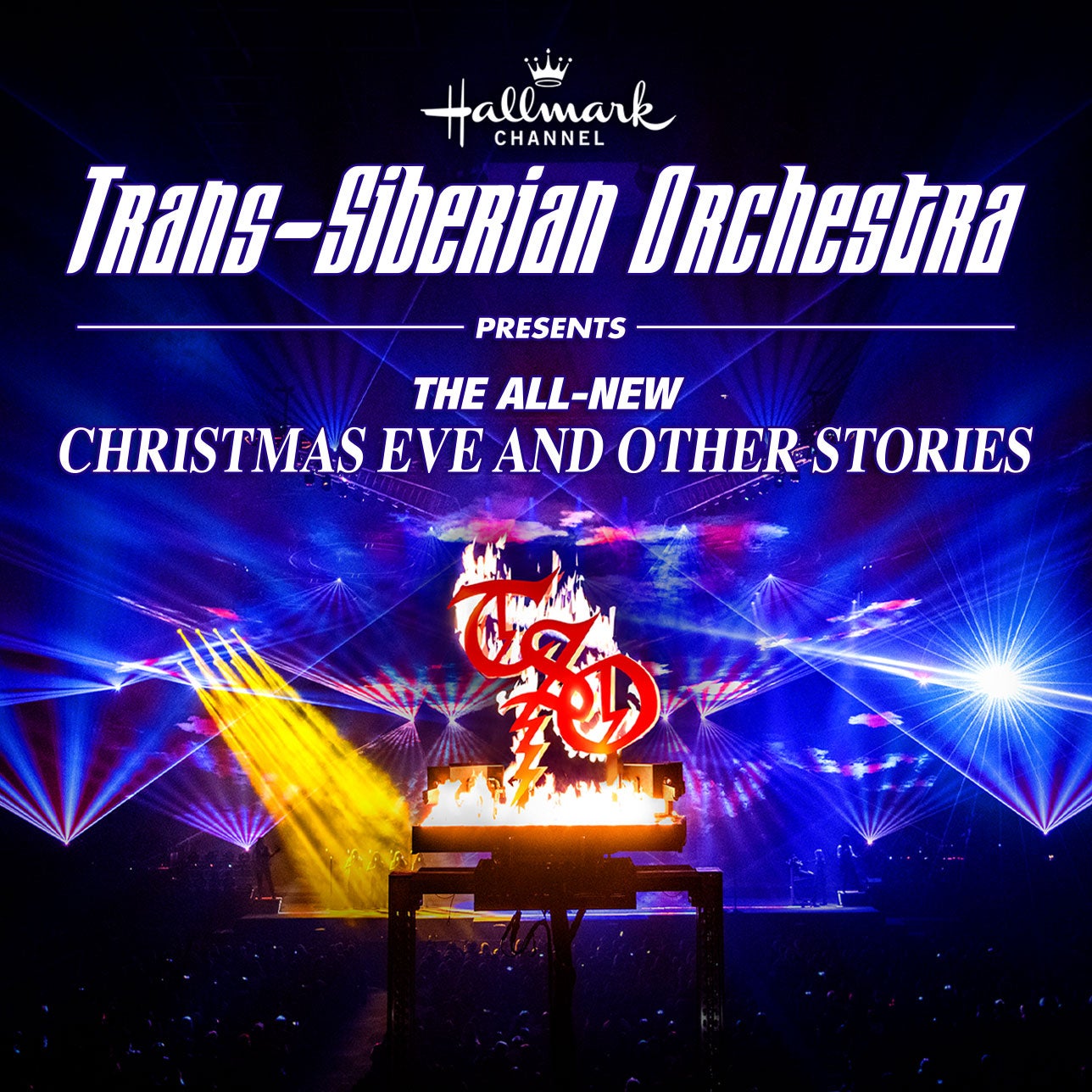 A product of the vision and imagination of TSO's late founder/composer/lyricist Paul O'Neill, "Christmas Eve and Other Stories" began the unique format O'Neill called "Rock Theater" and forged a deep connection with their fans that it turned into the wildly-successful tour, cementing the group's status as a must-see, multi-generational, holiday tradition and kick-started the trend of Yuletide season tours.

"Christmas Eve and Other Stories" is based on the triple-platinum album of the same name and follows a story by O'Neill. In keeping with the classic line "If You Want To Arrange It, This World You Can Change It," the story is set on Christmas Eve when a young angel is sent to Earth to bring back what is best representative of humanity. Following favorite TSO themes of "strangers helping strangers" and "the kindness of others," "Christmas Eve and Other Stories" takes listeners all over the world to help reunite a young girl with her distraught father.

The album and tour feature such fan-favorites as "Ornament" and the epic "Old City Bar," both of which have not been performed live in recent years. The rock opera also features such TSO classics as "Christmas Eve/Sarajevo 12/24," "O' Come All Ye Faithful," "Good King Joy," "Promises To Keep" and "This Christmas Day." Additionally, the tour will enjoy a new second set containing some of TSO's greatest hits and fan-pleasers including "Christmas Canon," "Wizards In Winter" and many more.

Always embracing O'Neill's sense of altruism, TSO remains one of rock's most charitable bands. This year, as in years past, TSO will give at least $1 from every ticket sold to charity. To date approximately $16 million has been donated by the group.

The Michelob Golden Light Fan Zone, located at Gate 4 of the arena, is open at 1:30 p.m. through the start of the 8 p.m. show, offering a full-service bar and appetizer menu.

Join us for dinner at Jack Daniel’s Old No. 7 Club from 5:30 - 8 p.m. This private space on the RBC Wealth Management Club Level allows you to relax and enjoy dinner and drinks. Guests are welcome to dine following the 3 p.m. performance or before the 8 p.m. performance. Pre-purchase dinner now or call 651-726-8400 to make a reservation.

The Reserve is an upscale lounge on the Bremer Bank Suite Level that boasts an eclectic, chef-driven menu and an array of cocktail options. To make a reservation, call 651-726-8400. The Reserve is open at 2 p.m. through the start of the 8 p.m. show.

Herbie’s On The Park is your new favorite place in downtown Saint Paul. Steps from Xcel Energy Center, Herbie’s is the perfect spot for cocktails before and after the show.