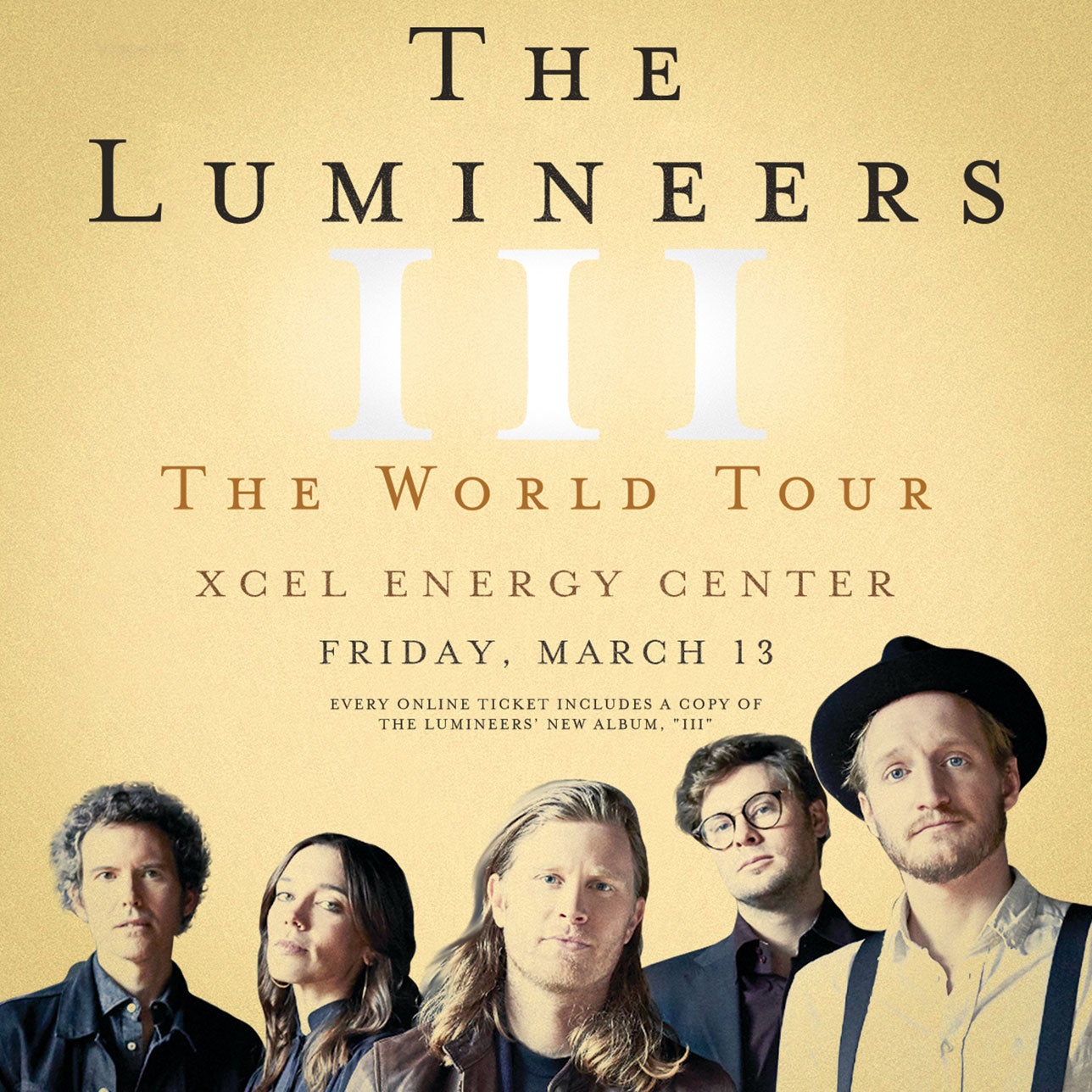 The Lumineers have added a show in Saint Paul as part of their 2020 headlining North American tour. They'll be coming to Xcel Energy Center on March 13, 2020. All tour dates are in support of their new album III.

The 2x GRAMMY® Award-nominated band has already heralded III by rolling out the album's first two chapters with six prior video premieres, including "Donna," "Life In The City," "Gloria," "It Wasn't Easy To Be Happy For You," and "Leader of the Landslide," all streaming now via YouTube HERE.

Together, the 10 videos comprise III, a full-length visual manifestation of the album depicted in three chapters corresponding to the album's 10 tracks. Both the album and film explore trauma and addiction over three generations of the working class Sparks family - Gloria Sparks, her son Jimmy and her grandson Junior.

The Lumineers co-founders Wesley Schultz and Jeremiah Fraites' lyrics narrate the raw and visually stunning vignettes, each depicting the agony of love, loss and the enduring impact of substance abuse from one generation to the next.

The Lumineers will celebrate III with an epic headline tour set to visit arenas and amphitheaters across North America in 2020.

Guests are reminded to fully charge their smartphones prior to arriving at the venue in order to access mobile tickets. More information here.