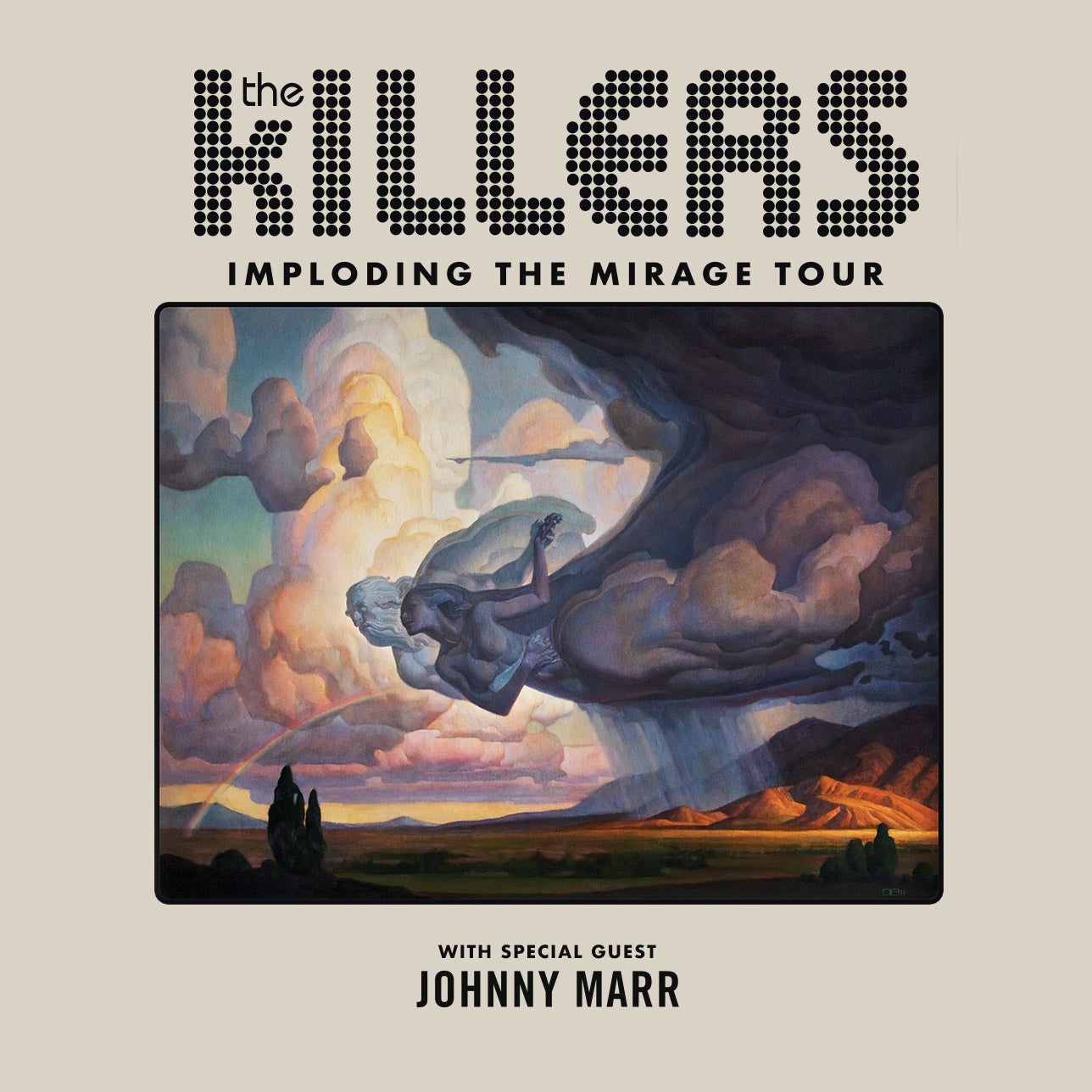 Posted March 17, 2020 -- The on sale for The Killers at Xcel Energy Center on September 22, originally taking place Friday, March 20, is on hold. Updated ticket information will be made available as soon as possible. Thank you for understanding.

THE KILLERS are thrilled to share the details of their forthcoming, highly-anticipated sixth studio album, Imploding The Mirage. It is the first Killers album to be written and recorded since leaving their hometown of Las Vegas, NV. Imploding The Mirage also features a brilliant array of collaborators, another first for the band who have typically kept guest spots on their albums to a minimum. The list of featured artists includes Lindsey Buckingham, kd lang, Weyes Blood, Adam Granduciel (War On Drugs), Blake Mills, and Lucius. The album's first single, "Caution", is all of Imploding The Mirage's excellence densely packed into three and a half minutes.

The Killers are also thrilled to announce additional dates around the globe -- playing some of the biggest venues in the world. Special guest Johnny Marr joins the band again this summer as opener for the U.S and Canadian shows.

Each ticket purchased online for the U.S. shows comes with a CD copy of Imploding The Mirage as well.