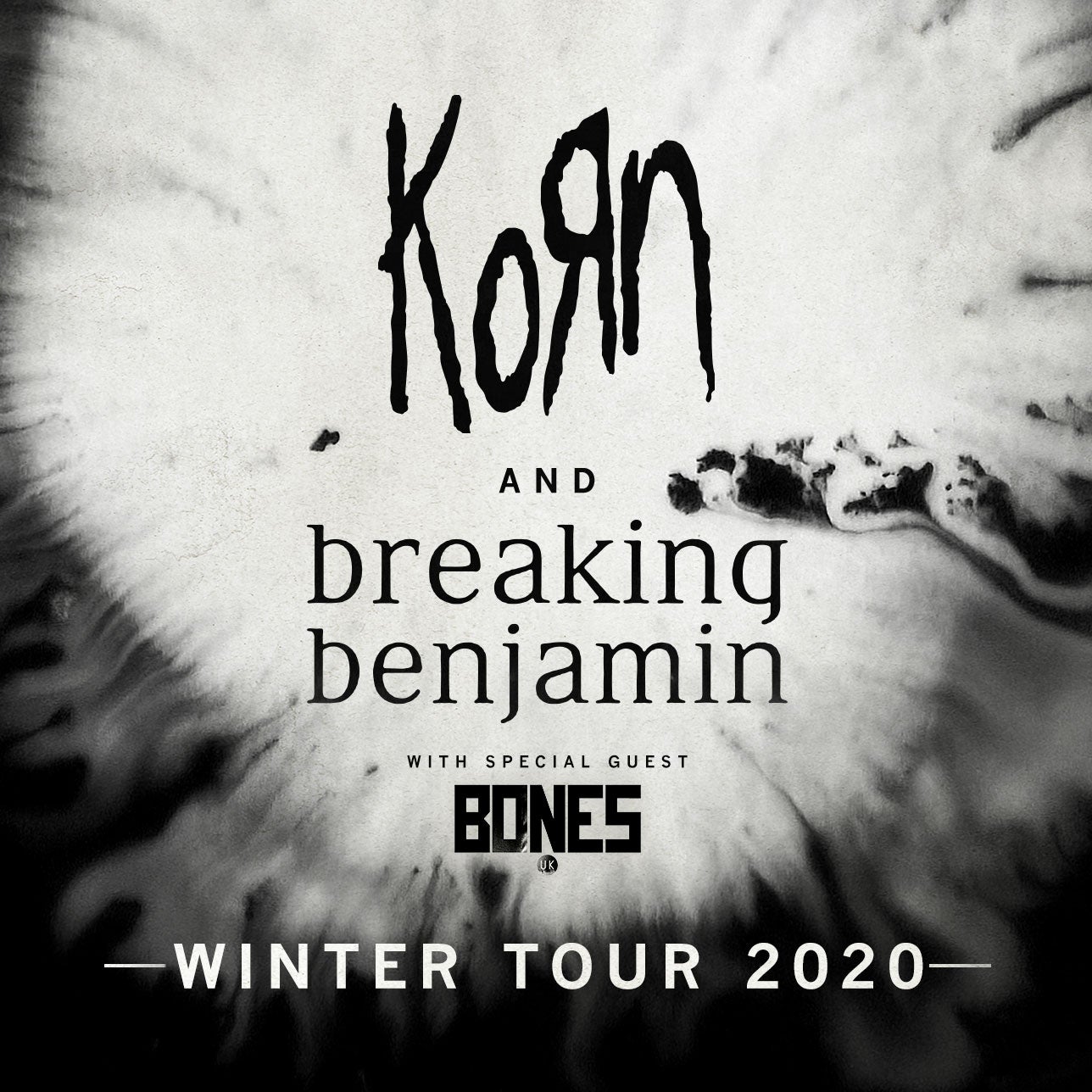 Grammy award-winning heavyweights Korn and multi-platinum hard rock band Breaking Benjamin have announced their epic tour set for 2020. Fans will have the chance to see two of the biggest forces in rock perform on the same stage. Special guests BONES UK will join the tour.

Korn shook the world with the release of their acclaimed new album THE NOTHING. The GRAMMY® Award-winning group's latest effort is highlighted by singles "Can You Hear Me," "Cold" and "You'll Never Find Me."

Multi-platinum band Breaking Benjamin has released Aurora, a collection of reimagined songs from the band's vast catalogue. Breaking Benjamin's release EMBER debuted at No. 3 on the Billboard Top 200 and marked the multi-platinum band's fourth Top 5 debut on the Billboard Top 200, following 2015's No. 1 debut for Dark Before Dawn, 2009's Dear Agony at No. 4 and 2006's Phobia at No. 2.

Happy Hour
The Michelob Golden Light Taphouse, located at Gate 4 of the arena, will open at 5:30 p.m. and will offer happy hour pricing on select beer, wine and rail drinks from 5:30 - 6:30 p.m. plus a full-service bar and appetizer menu.

The Reserve is an upscale lounge on the Bremer Bank Suite Level that boasts an eclectic, chef-driven menu and an array of cocktail options. To make a reservation, call 651-726-8400. The Reserve opens at 6 p.m.

Herbie’s On The Park is your new favorite place in downtown Saint Paul. Steps from Xcel Energy Center, Herbie’s is the perfect spot for cocktails before and after the show.

Guests with General Admission (GA Floor) tickets must enter the arena at Gate 1 via the lines designated for general admission entry. Gate 1 is the southeast entrance on W. Kellogg Boulevard. GA tickets will be validated at Gate 1 beginning at 6 p.m. and ticket holders will receive a wristband to access the floor.