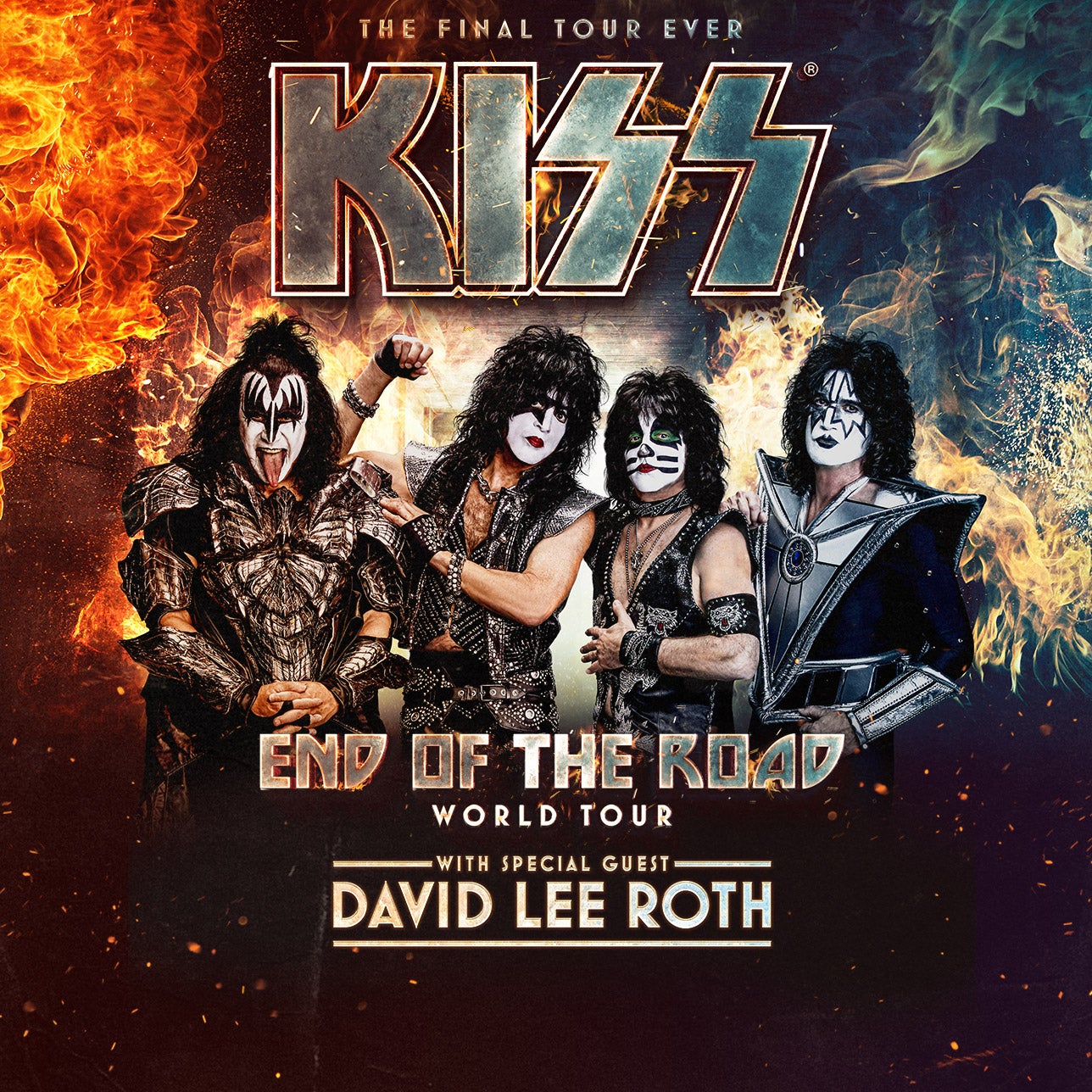 Rock n roll legends KISS have announced the last legs of their final tour, the END OF THE ROAD TOUR. Fellow rock icon David Lee Roth has been added as a special guest. David Lee Roth will bring his exciting stage show featuring a twin guitar big rock sound and a set list of classic hits and future energy.

Known for their trademark larger-than-life blistering performances, KISS has proven for decades why they are hands down the most iconic live show in rock n roll. The Rock & Roll Hall of Famers who have sold more than 100 million albums worldwide have said this tour is devoted to the millions of KISS Army fans.

"All that we have built and all that we have conquered over the past four decades could never have happened without the millions of people worldwide who've filled clubs, arenas and stadiums over those years. This will be the ultimate celebration for those who've seen us and a last chance for those who haven't. KISS Army, we're saying goodbye on our final tour with our biggest show yet and we'll go out the same way we came in...Unapologetic and Unstoppable," said KISS.

Join us for dinner before the show at Jack Daniel’s Old No. 7 Club. This private space on the RBC Wealth Management Club Level allows you to enter the arena, relax and enjoy dinner and drinks before heading to your seats. Pre-purchase dinner now.