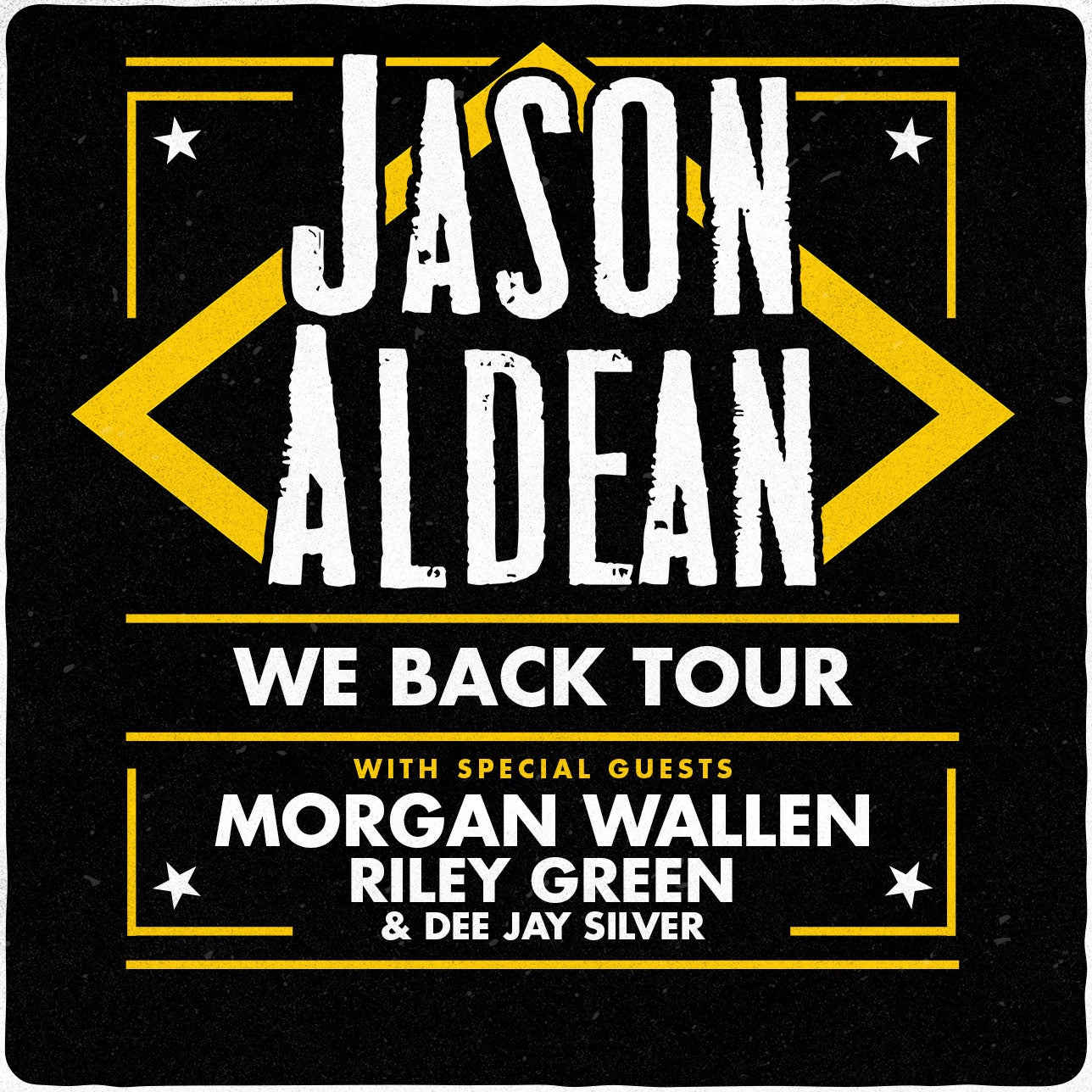 Posted March 12, 2020 -- This weekend's stops on JASON ALDEAN'S WE BACK TOUR are proactively being rescheduled for August 7th in Columbia, Missouri, August 8th in Saint Paul, Minnesota, and August 9th in Madison, Wisconsin, out of an abundance of caution.

All tickets will be honored accordingly. Thank you for understanding.

After almost 15 years at the top of his format, three-time ACM "Entertainer of the Year" Jason Aldean has seen trends come and go. He's helped bring a few out of the shadows, like a Country-music Columbus making the mainstream's first contact with hard rock ("Hicktown"), hip-hop ("Dirt Road Anthem") and R&B ("Burnin' It Down").

But after all that time, he continues to hold his ground making modern albums with an old-school soul - with the release of his ninth studio album 9 as the album's fiery lead single "We Back" rounds out the first-released songs, and "in characteristic Aldean fashion, it explodes into a hard-rock country anthem" (Rolling Stone).