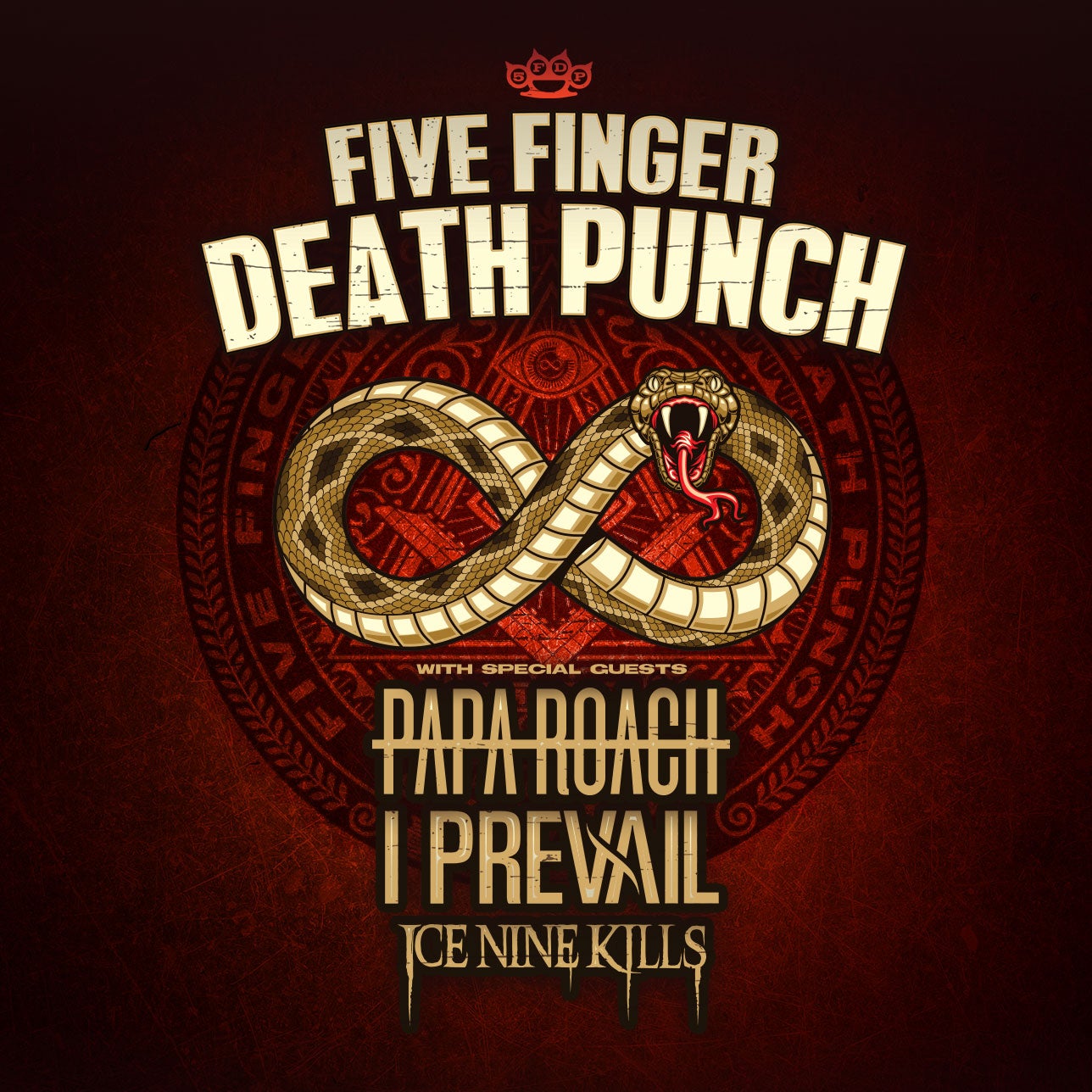 FIVE FINGER DEATH PUNCH have become one of the most recognizable names in music, frequently play the biggest festivals and sell out arenas around the world. After releasing their debut album, The Way of the Fist, in 2007, the rising metal stalwarts released five consecutive albums that were certified Gold or higher by the RIAA. Their eighth full length album, F8, will be released on February 28, 2020 and will undoubtedly raise the bar again.

Papa Roach have been one of the leaders in alternative rock for nearly 26 years. The two-time GRAMMY-nominated band have sold over 20 million records worldwide, garnered over 2 billion streams to date, and charted over 14 Top 5 hit singles and six #1 hit singles including “Last Resort” (2000), “Scars” (2005), and most recently, “Born for Greatness” (2018). Their 10th studio album Who Do You Trust? marks a paradigm career shift for the band, with singles “Who Do You Trust?” and “Elevate” having steadily remained in the Top 10 at Active Rock Radio.

I Prevail's 2016 debut album, Lifelines, was one of the most successful debut releases for a hard rock band in the last decade in terms of sales and streams, with nearly 600,000 copies sold to date. The GRAMMY nominees’ sophomore album, Trauma, tells the complicated story of what the band went through to get to where they are today.

ICE NINE KILLS has built a growing legion of fans with their horror-inspired soundtracks and theatrical live performances. Their new hit single “A Grave Mistake” landed in the Top 10 radio charts. They were named SiriusXM’s ‘Future Five’ Breakthrough Artists of 2019. Following a world tour, the band released The Silver Scream: Final Cut.